the catholic church is the one true church

Posted Over 3 Years ago by #85
Quote Edit


Matthew 16:18 "And I tell you that you are Peter, and on this rock I will build my church, and the gates of Hades will not overcome it."

Peter means "stone". His name originally was Simon before Jesus declared his name Peter. Peter was the "main" apostle so to speak. He was the first apostle to realize the divinity of Christ.

Peter was the Bishop of Rome (the precursor to the title of "Pope".)

This is why the Catholic Church is the true church because Jesus "gave Peter the keys to the kingdom of heaven" which we see on the next quote of Matthew 16:19

Atheist trolling will be ignored.

ROME - In a sense, every papal liturgy in St. Peter’s Basilica has symbolic value, but rarely was that symbolism more overtly on display than on Sunday, when Pope Francis led a Mass for the Catholic Church’s Jan. 14 World Day of Migrants and Refugees.

Obviously intended to drive home the message that migrants are refugees and not just abstractions for Catholicism, but part of its family of faith, there were representatives of 49 nations on hand in the basilica, including 2,000 immigrants and refugees from the Philippines, more than 1,200 Ukrainians, 800 Romanians, 650 Indians, as well as groups from Lebanon, Syria, Madagascar, Sri Lanka, Capo Verde, and China.

Speaking directly to those groups, Francis said on Sunday, “This year, I wanted to celebrate the World Day of Migrants and Refugees with a Mass that invites and welcomes you especially who are migrants, refugees and asylum seekers.”

“Some of you have recently arrived in Italy,” the pope said, “others are long-term residents and work here, and still others make up the so-called ‘second generation’,” calling for an attitude of “welcoming, knowing and acknowledging” the other.

In his homily, Francis acknowledged that today’s rising numbers of immigrants and refugees often generate fear in host societies, saying those anxieties are “fully comprehensible from a human point of view.”

“Having doubts and fears is not a sin,” Francis said.

“The sin is to allow these fears to determine our responses, to limit our choices, to compromise respect and generosity, to feed hostility and rejection,” he said.

https://en.wikipedia.org/wiki/Sedevacantism
Sedevacantism is the position, held by some traditionalist Catholics,[1][2] that the present occupier of the Holy See is not truly pope due to the mainstream church's espousal of the heresy of modernism and that, for lack of a valid pope, the see has been vacant since the death of Pope Pius XII in 1958. 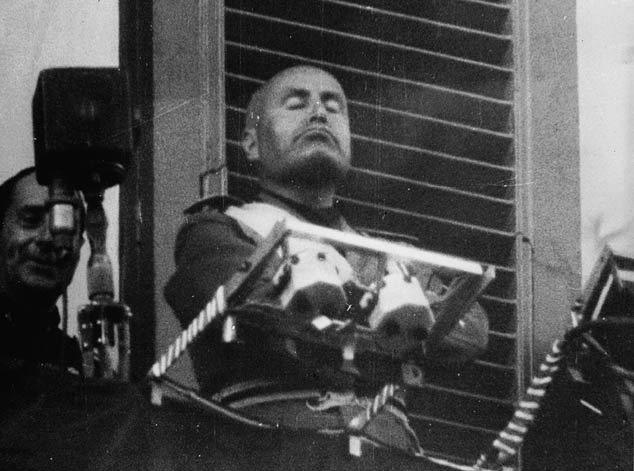 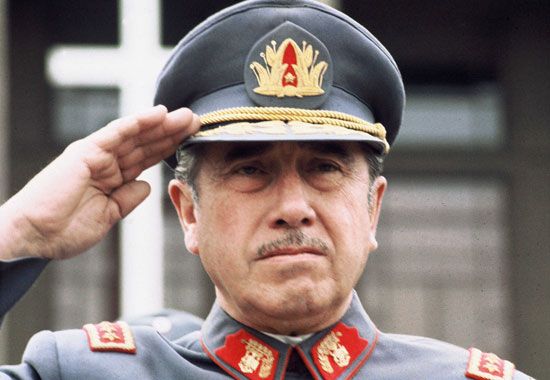 What do you mean, null?

*which* catholic church? It's split many many times.

Thought it was clear in the OP I'm talking about the Roman Catholic Church.

This is why the Catholic Church is the true church because Jesus "gave Peter the keys to the kingdom of heaven" which we see on the next quote of Matthew 16:19

Sure that's what the bible says but how is it true? Thought it was clear in the OP I'm talking about the Roman Catholic Church.

Yeah but my point is why? The eastern orthodox church, coptic church, greek church, and you could even make a case for the lutheran church are all also the "original church" because the original church fragmented into several churches. What makes the Roman Catholic Church special?

85, why are you selling out to repackaged J*wish beliefs?

@Xhin the argument is in the OP.

@null are you a Satanist or pagan or what ? Satanism was popularized by the Jew Anton LeVey and Christianity has been European for almost 2,000 years. Worshipping marvel superheroes isnt a serious belief.

so the other churchs are frauds?
https://www.catholic.com/tract/problems-with-the-book-of-mormon
imo the catholic church could be the true church, but so could all the others as xhin said, the only church that is a obviously fraud is the church of latter day saints, which has been proven and is banned in msot of europe. so the other churchs are frauds?

Yes. It was of course in the interests of (((certain individuals))) to divide and conquer the church.

Yeah Mormons are weird for sure. I'm for banning certain dangerous religions.

You didn't make your point in the OP though. The original church is the one Peter founded. The Catholic and eastern orthodox churches were splinters from it, as were the Coptic and Greek churches (except on a smaller scale). The original unified church no longer exists.

Lmao ignoring all the atrocities the catholics and their church have carried out in the course of history.

Also youre a catholic now? We dont want you.

You didn't make your point in the OP though. The original church is the one Peter founded. The Catholic and eastern orthodox churches were splinters from it, as were the Coptic and Greek churches (except on a smaller scale). The original unified church no longer exists.

Peter was the first Pope of the Roman Catholic Church. The splinters don't matter.

The crusades? The inquisition? Both responses to Muslim encroachment.

Also youre a catholic now?

Will answer that with a quote

We dont want you.

We? My people embraced Catholicism a thousand years before yours. You appropriate not only my country, but religion.

@null are you a Satanist or pagan or what ?

I am a free man and I believe as a free man believes. I no longer associate with any organized religion. If you want to know the other individuals that I feel the most sympathy for, read OPERATION WEREWOLF by Paul Waggener and The Way of Men by Jack Donovan. Their principles (though not necessarily their beliefs or their methods, especially the pointless, edgy Esoteric Hitlerism) are the closest to what I have found through the experiences that I had while becoming who I am today.

Of course, they cannot speak specifically for me, nor can anyone else. That is why I am still preparing my own manifesto.

Esoteric Hitlerism? Hitler was not really into that shit. It was Himmler. Hitler actually bullied him for being so into it.

I did have a "We wuz ancient atlanteans" phase, it's interesting shit. Big if true.

Esoteric Hitlerism? Hitler was not really into that shit.

That's not what that means. Research it a little if you want. I don't care to talk about it.

I'm familiar. Wasnt sure you were aware of that aspect.

The crusades? The inquisition? Both responses to Muslim encroachment.

The so-called Crusades were responses to buttblasted Byzantines shouting "plz halp" when they got slapped around by Seljuk Turks. lmao Hitler despised Catholicism with a passion. He used it as an avenue to gain supporters nothing more nothing less. Theres a reason why he waged a war against the Catholic church. You really need to educate yourself on the matter christ.


“Christianity is the most insane thing that a human brain in its delusion has ever brought forth, a mockery of everything divine.”
-Hitler

85, why are you selling out to repackaged J*wish beliefs?

FYI Peter was also bishop of Antioch. Now the Orthodox Church has not sold out to modernism like the RCC has.

That said, I know your interests are ethnic, not religious, so it's dubious this will make a difference for you.

True story: a long time ago, Priests used to marry, bread was served unlevened, and a different calendar was used to mark events like Easter. Because Jesus' disciples were married, leavened bread was not invented at the time of the Last Supper, and the Julian calendar was the one used in the days of Jesus, not the Gregorian calendar introduced 1600 years later.

So, the Catholic church made different rules and changes over the years to deviate. The first schism occurred in the late 1000s, and I do mean the late 11th century A.D. where early Christianity split into two deonominations: those who followed the old traditions, Orthodoxy, and those who followed the new traditions, Catholicism. To this day Orthodox people, including children, still drink real wine from a chalice and eat unleavened bread exactly like the disciples at the Last Supper. And our Easter still works according to the old Julian calendar.

If your definition of "the true church" is the church started by St. Peter, that church died 1000 years ago when the schism happened. But Orthodoxy still follows the same traditions of those early churches. We have our bishops, but we have abolished the single papal leader, arguing that Christians should not be forced to obey a single holy see, but should only be held to the scripture. I'm not sure when the tradition started that everything the Pope says is law, but this is not something early Christians practiced, and it's not something Orthodox people believe in, hence the abolishment of the papal seat.

...And with that, the thread went DEAD.

Actually, the Orthodox church is the original church. Catholics elevated the position of pope to the voice of God on Earth, where Orthodox knows no one can speak for God or Jesus. They also forbade Priests to marry, even though two of Jesus' disciples were married. They also eat leavened bread, while we use the same type of unleavened bread Jesus would've used at the last supper. And we don't use grape juice: our wine is Keo's St. John's Commandaria, the oldest named wine in existence, produced since 800 B.C. using a process that combines millenia-old-aged wine with fresh grapes, herbs, and spices, and sun-drying the grapes to produce the richest and sweetest wine possible. The wines of Jesus' days was similarly rich, spiced, and sweetened naturally.

It was around 1000 A.D. that the first schism happened due to this and several changes the Catholic church prescribed to the traditions of the churches before. We let the Catholics keep their popes and continued the divine liturgy the same way as the churches of old. We do have a hierarchical structure in the archdiocese, but our top leader does not speak for God. If anything, the bishops simply do their job to keep the churches running. We know them more for their ceremonial roles when they arrive. Furthermore, the Orthodox church does not make claims to politics. The closest you get in that regard is Archbishop Ivakovos of North and South America marching with Dr. Martin Luther King to Selma for equal voting rights.

LOL, just realized this thread is a dinosaur, and much of what I'm saying now is the same stuff I was saying 3 years ago. Welp.